Are you looking to automate your communication in customer service, marketing or sales?

Then that’s the right place for you to be.

As a spin-off of the University of Innsbruck, Onlim offers AI-based, state-of-the-art chatbots and voice assistants. 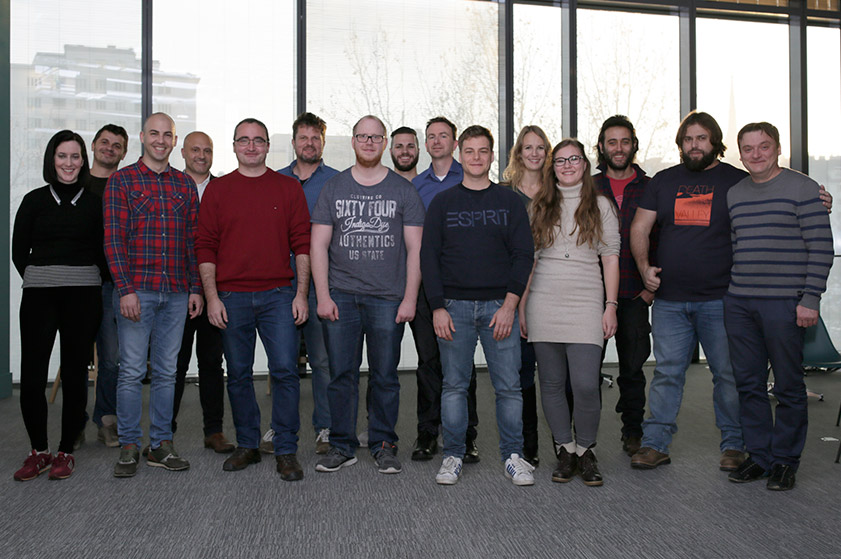 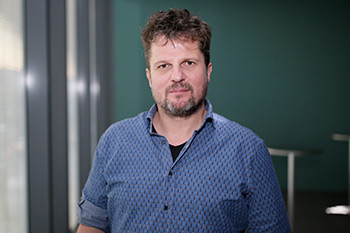 Alexander is CEO and co-founder of Onlim. He is in charge of business development and investor relations. Alexander has been a successful serial entrepreneur in the SaaS industry for over 15 years now and graduated in electrical engineering at the University of Technology Vienna. 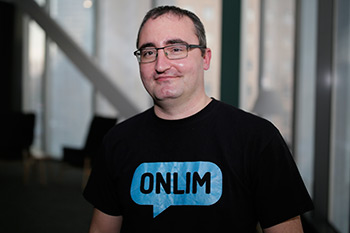 Ioan is Chief AI Officer and Co-Founder of Onlim and is responsible for the entire data science. Ioan received a Ph.D. in Computer Science from the University of Innsbruck and takes care of the development and operation of the AI components of the Onlim platform together with his team. 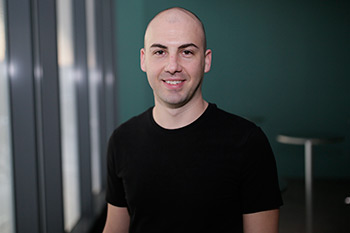 Corneliu is CTO of Onlim and responsible for the technical development and implementation of the product. He gained a bachelor’s degree in Computer Science at the University of Innsbruck and was part of several research projects for semantic technologies at STI. 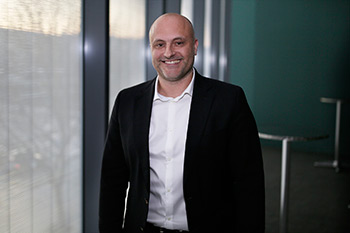 Marc is Chief Revenue Officer of Onlim and in charge of all sales and marketing activities. He has worked as a consultant and in executive positions in the software and internet industry for 20 years. Marc has a degree in Commercial Science from the Vienna University of Economics and Business. 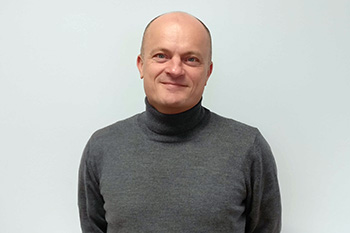 As Chief Financial Officer Eckart is responsible for the areas of accounting, controlling, corporate planning and finance at Onlim. He has a strong and solid track-record of financial & commercial steering of companies – especially in the corporate field. Eckart has post-graduate degree´s as “certified corporate risk manager” and “certified M&A manager”. 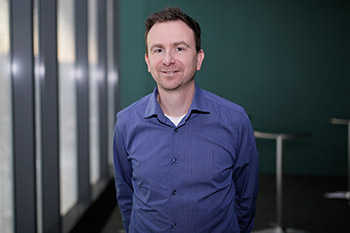 Filip is Product Manager at Onlim and optimizes our product portfolio and product features based on customer feedback and market developments. He is an experienced product manager, holds a degree in electrical engineering from the Lund University in Sweden and is co-founder of several patents. 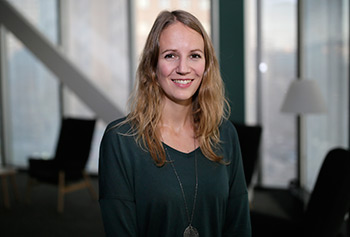 Stephanie is Digital Marketing Manager and takes care of Onlim’s social media and content marketing. She has a degree in International Economics and Business Studies from the University of Innsbruck. 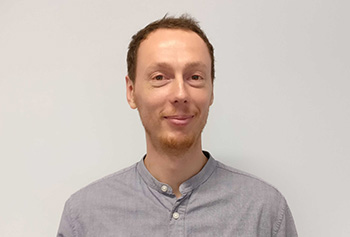 Marek is Marketing Automation Manager at Onlim and responsible for our digital customer acquisition activities. He got his magister’s degree in Marketing Communication and afterwards spent 8 years working in marketing agencies. 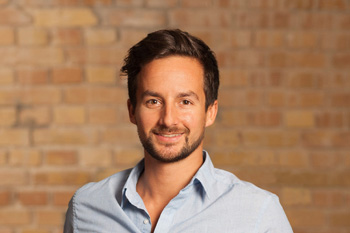 Stefan is Key Account Manager at Onlim and takes care of our enterprise customers. He has several years of experience in international companies. Stefan completed his master at the FH in Vienna and holds an additional Master in International Management from the INSEEC University in Paris.

Valentina is Key Account Manager at Onlim and responsible for our enterprise customers. She gained her bachelor’s degree at Modul University Vienna, has several years of experience in international companies in gastronomy, media and HR branches and could build a solid international network. 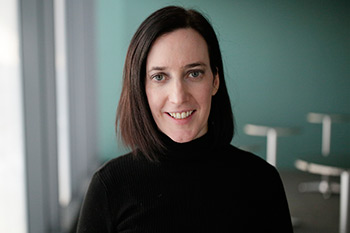 Ina assists Onlim as creative technologist with content creation and branding and hosts “Stories by Onlim” together with Chris Huskins. As an early adopter she is passionate about the Social Web. Ina graduated from the Digital Enterprise Research Institute (DERI). 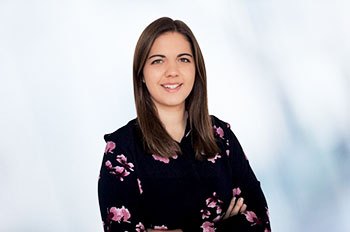 Julia is Finance and Human Ressource Assistant and responsible for administrative tasks at Onlim such as accounting and billing. She completed her teacher training programme in Geography & Economics and Psychology & Philosophy at the University of Vienna. 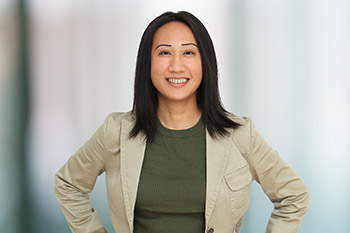 Chieh is customer delivery manager and is responsible for project management and customer service. She has several years of experience in media intelligence. Chieh holds degrees in entrepreneurship, journalism and music education. She finds her balance in triathlon and cooperative board games. 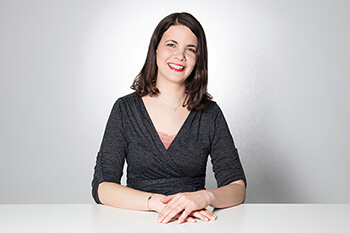 Katja is working as Customer Project Delivery Manager and is responsible for project management and coordination of customer projects. She has several years of experience in the media industry and focused on the work with data management platforms before joining Onlim. She holds degrees in media- and communication consulting and media management from the FH St. Pölten. 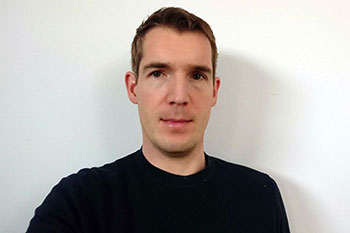 Jürgen is knowledge scientist at Onlim and responsible for the development of data infrastructure and modelling of data and services. Jürgen graduated from the National University of Ireland, Galway (NUI Galway) in 2013 and worked for the University of Vienna before joining Onlim. 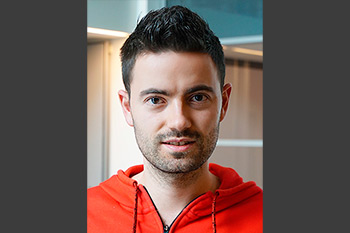 Fabian is frontend developer of Onlim and responsible for the user experience of the platform. He holds a master degree in Information Systems from the University of Innsbruck and wrote his master thesis at the Semantic Technology Institute (STI). 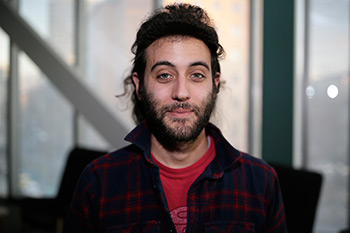 Carlos is software architect for the frontend of Onlim. Before he worked at the Semantic Technology Institute (STI) Innsbruck and one of its spin-offs. Carlos holds a MSc in Informatics, in the field of Robotics and Computer Vision. 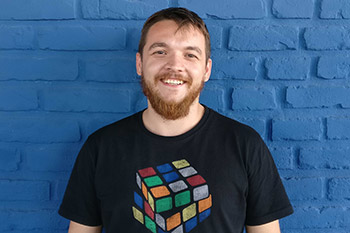 Horia is a backend developer at Onlim working on the data management services. He has over three years of experience with Java. In his spare time, he enjoys playing with the Rubik’s cube and an occasional run in the park. 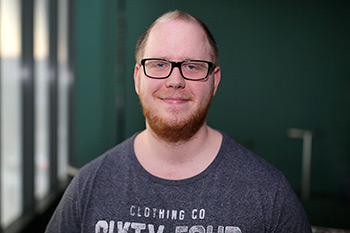 Benjamin is a backend developer at Onlim and works a lot with Ruby, Ruby on Rails and database systems. In his leisure time Benjamin likes to learn about new technologies and programming languages. 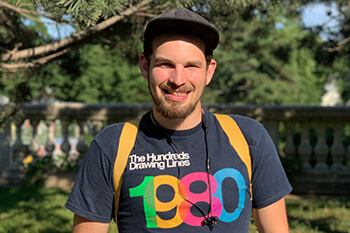 Richard is responsible for the Alexa integration at Onlim. He studied computer science at Comenius University and at the Semantic Technology Institute of the University of Innsbruck. In his spare time, he runs an outdoor school and represents scout organizations abroad. 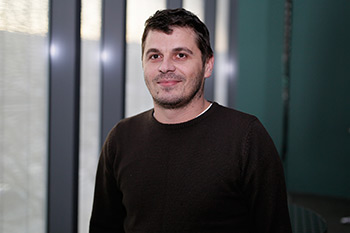 Florin is backend developer at Onlim and mainly works with Ruby/Ruby on Rails. He has already worked on various projects, such as a custom finance software, a sports software, SaaS marketplaces, a CRM and a mobile app. 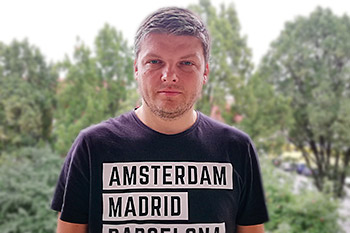 Valer is a backend developer at Onlim working on the data management and reasoning services that power our chatbot solution. He has almost two decades of software development experience. Besides the passion for development, in his spare time, he likes riding his bikes. 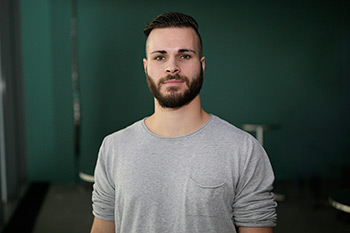 Kevin is a software developer at Onlim and is responsible for implementing a REST-API to integrate a Triple-Store. Besides, he is doing his Master degree in Computer Science at Karlsruher University of Technology. 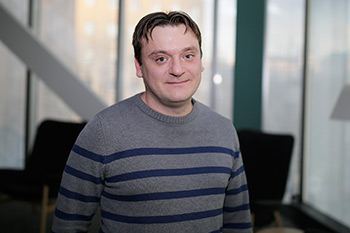 George is responsible for ongoing tests and optimization of the Onlim platform. He is passionated about frontend web development and UX/UI design. George graduated from University of Oradea with a Bachelor’s degree in Computer Science. 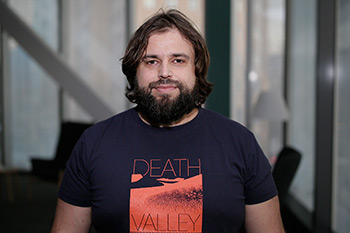 Veni is responsible for many aspects related the Onlim website. He takes care of running and maintaining the site as well as of SEO. Veni also contributes to enhancing user satisfaction by improving the usability, design, and accessibility of the Onlim platform. 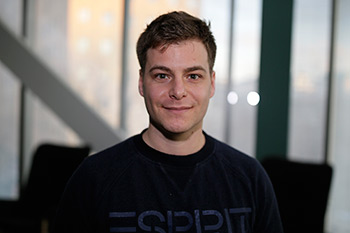 Martin is responsible for System Administration and DevOps at Onlim. He also has good knowledge of backend development. Together with his colleague, Martin owns an Internet Agency in Innsbruck. 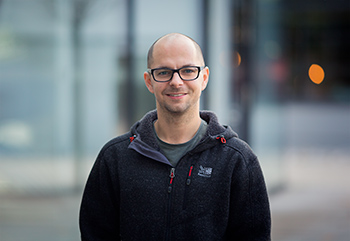 Roland works part-time with Onlim and is responsible for system administration and DevOps. He is studying Information Technology at the University of Innsbruck. In his free time Robert likes to go climbing or paragliding. 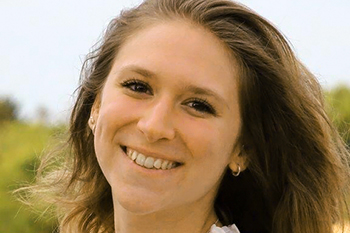 Michelle assists the Onlim team by optimizing the products and dialogues by the means of the clients’ requirements. Michelle works with Onlim part-time and studies English and Physics. 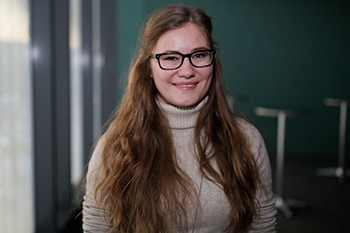 Lisa is one of the Dialogue Designers at Onlim. Together with our developer team she customizes the chatbot solutions for our customers’ needs. Lisa recently finished her bachelor degree in Geography at the University of Innsbruck.

Dieter is co-founder of Onlim and multiple other startups and advises and strategically assists Onlim with his experience in Semantic Web, Web Services, Enterprise Application Integration and E-Commerce. He received his Master in Computer Science at the Technical University of Berlin and his Doctoral degree in Economic Science at the University of Karlsruhe. After habilitating in 1998 and some years of research in various European Institutions he founded the Semantic Technology Institute (STI) which is part of the Institute of Computer Science at the University of Innsbruck.

Ramtin is advising Onlim on many aspects of developing the product and growing the business. In the past 15 years he served as Co-Founder and Innovation Architect in multiple Software savvy endeavours. He works and has worked as consultant, advisor and lecturer to a number of enterprises, financial institutions and startups helping them to design and optimise their digital business. He holds a joint MBA from the Vienna University of Economics and the Technical University of Vienna as well as an Honours Bachelor for Computer Science from the University of Derby.

Jürgen is advising Onlim in various areas such as Semantic Technologies, Ontologies, Rules and Logics. He currently leads a Competence Center for Artificial Intelligence at Adesso AG. Jürgen founded several companies, as for example Ontoprise in 1999, a Semantic Technology provider. In 1994, he became professor at the FH Braunschweig, Germany. From 1989 to 1994 he was assistant at the University of Karlsruhe and received his PhD in 1993. Alongside he worked with several international companies. He graduated in Computer Science from the University of Karlsruhe in 1985.

Launch your chatbot within a few days with Onlim Enterprise COMPACT - Contact us here!