YOUR CAR is already an autonomous vehicle

The most famous autonomous vehicle to date might well be K.I.T.T, David Hasselhoff’s car from Knight Rider. There are certainly visions of cars like this or cars that drive themselves completely depicted on the television or in films.

In fact, Charlie Brookers black mirror shows just that, a car driven with absolutely no human at the wheel. How far are we from that?

Artificial Intelligence and your Autonomous Vehicle

Well maybe we are asking the wrong question. We have been asking when artificial intelligence will take over from us driving without even realizing that it has been permeating our very own cars for a long time.

Don’t worry you aren’t going to go outside in the morning and see your Fiat 500 driving off down the road without you, however look at the lane control systems you have when driving down the motorway late for work.

Volvo drivers will appreciate the BLIS system that flashes up on the dashboard when someone is in their blind spot. Even that cruise control button you use on long trips for holidays is automatically controlling huge amounts of operations in your car!

We interviewed Patrick Denny. He is a leader in the autonomous vehicle industry, and works as a senior expert in vision systems for Valeo. He looked at the code that is already in our vehicles right now…

Your car is already incredible in ways we don’t realize, however I know you are still asking that question. When will the car drive ME to work, and not the other way around??

We asked Patrick that exact question in our second episode of Stories by Onlim. The episode then goes to explore the levels of artificial intelligence from cars to robotics and even in love dolls!

Have a listen here:

Also check out the stories of our first podcast episode: 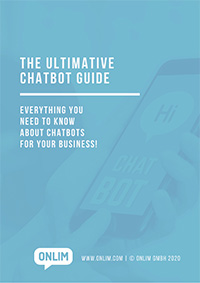